Lander-art
Virtually Free - Holobox was an installation at MPC in Monterey. The viewer would see the a colorful low poly style digital environment with a character in animal costume on a large vertical monitor placed at the end of a corridor. As the viewer entered to corridor for a closer look a kinect tracked their movement and the colorful pieces of the image slowly dropped away to reveal a cardboard set and a model, no longer colorful and fun, but drab and mundane. The final image, when the viewer was closest to the screen shows the rotated scene and a graphic suggesting that the models body has been mapped and divided amongst large entertainment companies indicated by their stock market identifiers. 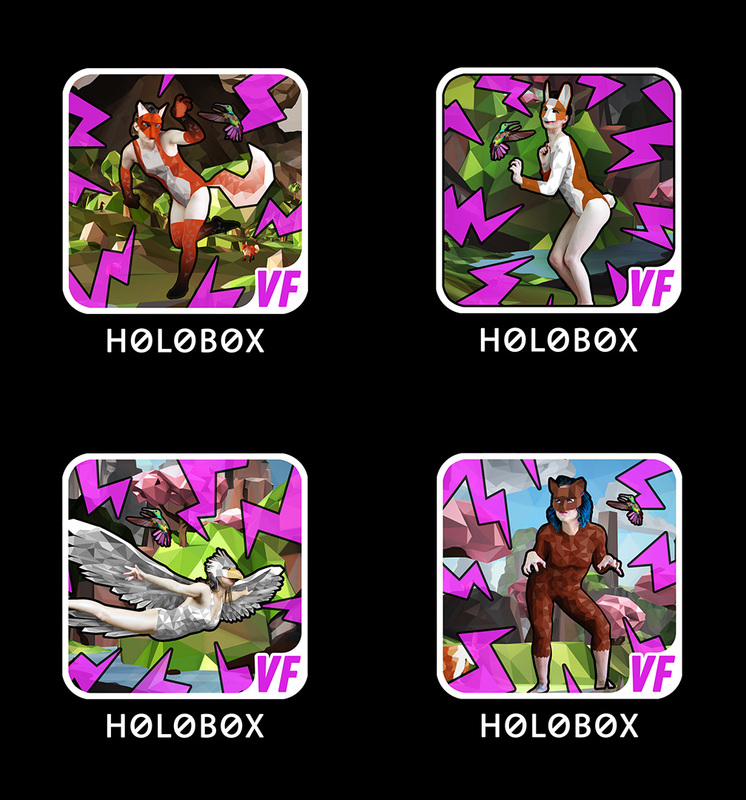 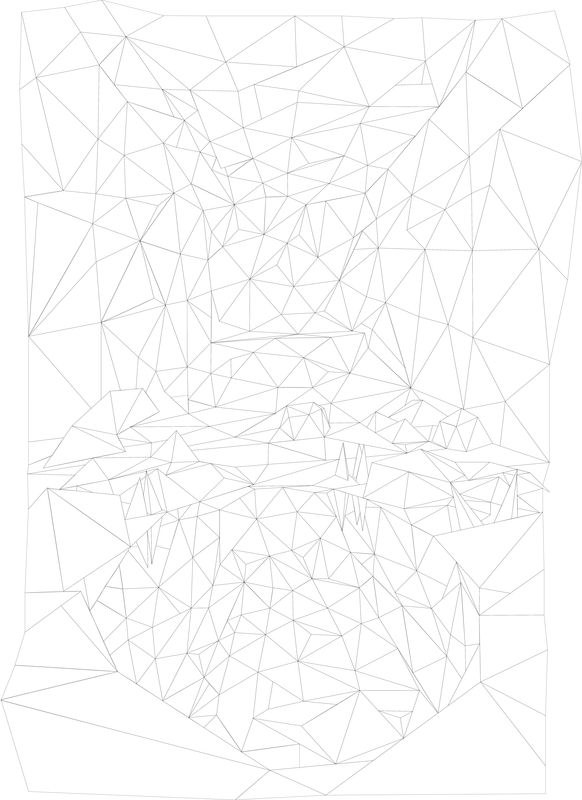 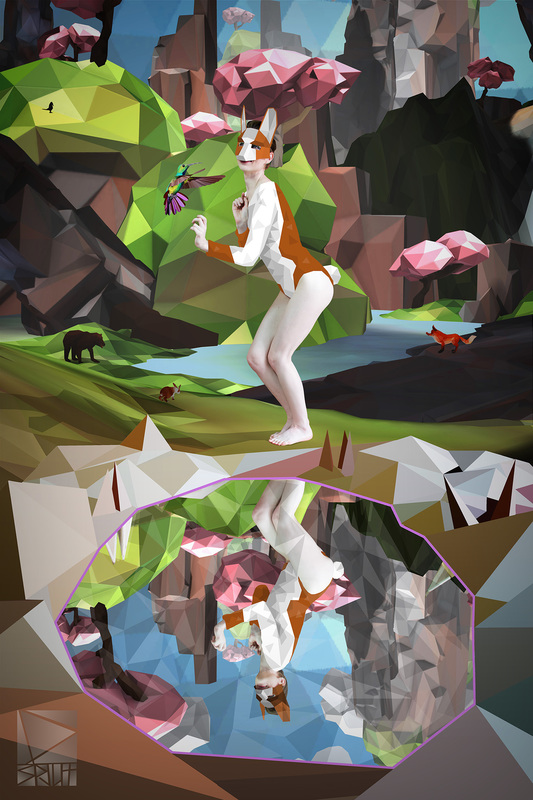 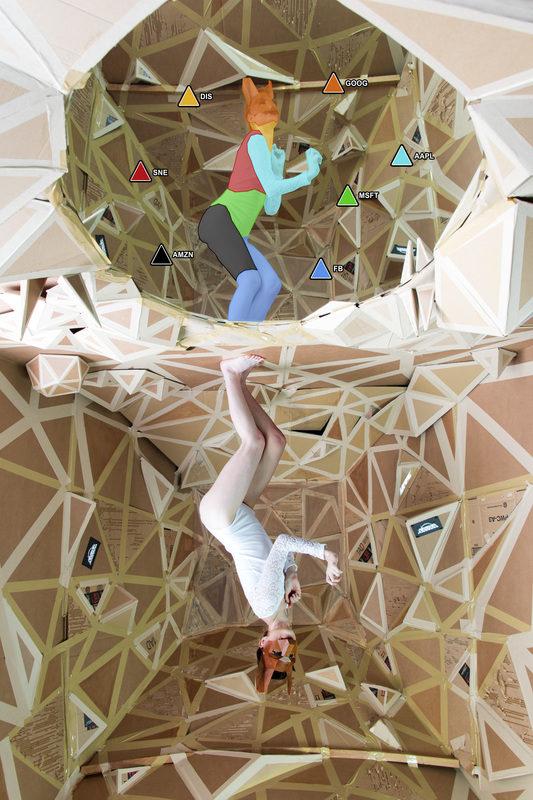