These are details from a series of drawings illustrating a John Berger quote from his book Ways of Seeing. They were an attempt to question my own thinking as I learned to draw with digital tools by regularly attending live figure modeling art groups (employing 90% female models) over a couple of years. I needed to interrogate the practice of drawing nudes and question whether the artistic mode of objectification is somehow different, more culturally elevated, than the generalized societal objectification we see in all forms of advertising and entertainment.

Response to this series taught me that attempts to be clever, subtle and subversive can miss the mark when a viewer has an immediate negative emotional response. Although there is no nudity in these works and the poses are not sexual, the drawings do uncomfortably highlight the psychology involved in our cultural objectification of women. I chose to make my target audience the viewers most likely to be participants in this objectification rather than "preaching to the choir." I decided to illustrate the problematic situation rather than a solution. In this portfolio I have cropped the pieces to show rendering skill rather than conceptual complexity. 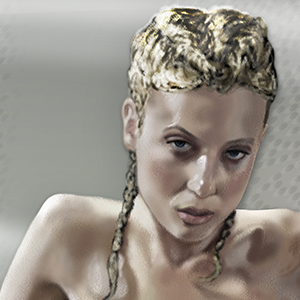 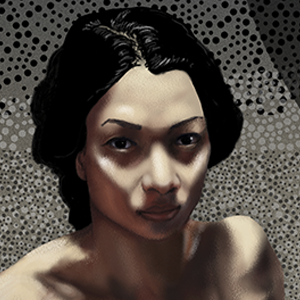 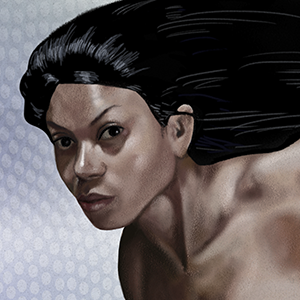 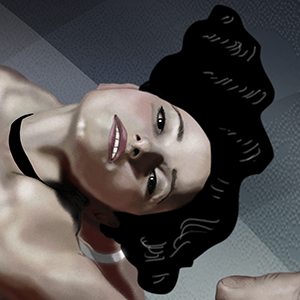 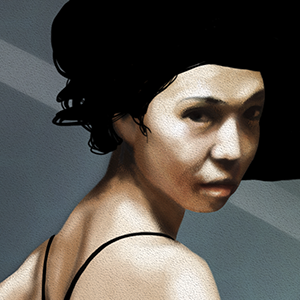 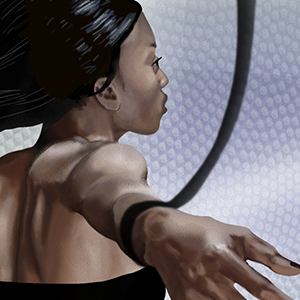 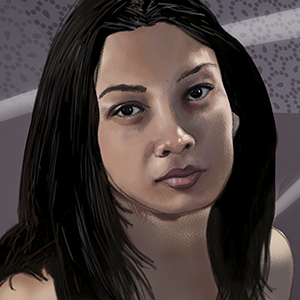 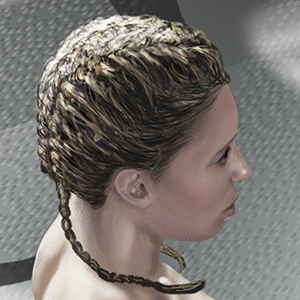 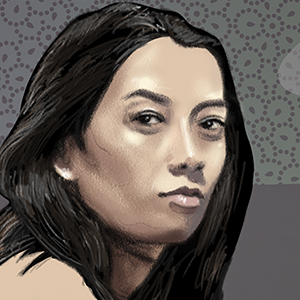 “To be born a woman has to be born, within an allotted and confined space, into the keeping of men. The social presence of women is developed as a result of their ingenuity in living under such tutelage within such a limited space. But this has been at the cost of a woman's self being split into two. A woman must continually watch herself. She is almost continually accompanied by her own image of herself. Whilst she is walking across a room or whilst she is weeping at the death of her father, she can scarcely avoid envisaging herself walking or weeping. From earliest childhood she has been taught and persuaded to survey herself continually. And so she comes to consider the surveyor and the surveyed within her as the two constituent yet always distinct elements of her identity as a woman. She has to survey everything she is and everything she does because how she appears to men, is of crucial importance for what is normally thought of as the success of her life. Her own sense of being in herself is supplanted by a sense of being appreciated as herself by another....One might simplify this by saying: men act and women appear. Men look at women. Women watch themselves being looked at. This determines not only most relations between men and women but also the relation of women to themselves. The surveyor of woman in herself is male: the surveyed female. Thus she turns herself into an object -- and most particularly an object of vision: a sight.”